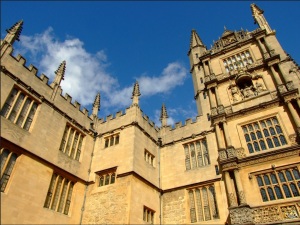 I tend not to look back too much. Just the occasional nostalgia session with a friend when we reminisce about a holiday, a gig or party.

This afternoon I have found myself in a time warp. I’m taking part in an alumni Q&A tomorrow evening for an organisation called UNIQ. It organises summer schools for state school pupils who might find the idea of applying to Oxford daunting and / or out of their reach.

Nearly 30 years ago I was in that boat and nothing like UNIQ existed, so I’m happy to help out.

A politics teacher said I should have a go at applying for Oxford and my immediate reaction was ‘no way – definitely not bright enough, posh enough or rich enough.’

Despite feeling that way, I went for it and loved the whole process. Writing my notes today for my presentation tomorrow has reminded me of it all. What I intend to say to the 14 young men and women I’m meeting tomorrow is that I had a real fear of not fitting in. And for substantial chunks of time at Oxford I felt I didn’t – but it wasn’t a negative feeling. On the contrary I felt as if I had landed a starring role in my own movie. I was transported to a magical world that contained eccentrics, ancient buildings, fantastic minds and enriching friendships. Terms were short (just eight weeks), intense, and filled with escapades – drinking, acting, singing, debating.

The intensity brought with it anxiety (am I good enough? am I fun enough? am I anything enough?) but the good times will be with me forever and I am forever shaped by them. And it was, after all, a bit like a film, set against one of the most beautiful backdrops imaginable.

Academically, I am grateful for that part of my education. I put my mind through an intellectual pencil sharpener to emerge with a set of skills that I draw on constantly. I’m not a politician. I don’t earn a huge amount. On paper, I’m not the ‘success’ that might be expected of an Oxford student. But throughout my career I’ve used my ability to reason, argue, analyse and present time and again with huge success. The rigor of the tutorial system did that for me.

Writing my notes today I realised that I did absolutely fit in. Everyone did, that’s the point. The shy ones, the socialites, the socialists, the sporty ones, the aristocrats, the future politicians, the geeks, the true academics, the state school kids; we all had a place in the madhouse of Oxford, whether we could appreciate it at the time or not.

So, in a avalanche of nostalgia, thank you Oxford. You gave me three years I wouldn’t swap for all the money in the world!

Please join in the conversation by leaving a reply... Cancel reply